These Bonus Shots will be actual in-game shots I took while playing, that didn’t make it to the chapter. The shots that basically told me what the chapter would be about. Plus I might include some extra ones that might have been an unused extra shot that I liked. Commentary is added below the picture is pertains to.

Here’s young Vandeen getting ready to blow his candles out for his Teen birthday. The first Van chapter however, started a few days after he became Teen (or a few weeks, months, however you want to count Sim timespan.) Personally I try not to talk about timespan at all in my stories. Simtime moves too fast to make any sense of it to real life milestones. If you notice, little Mike Brownlee is laughing behind his back. He has a bit of an “encounter” with him later. Yes, Adairna is in her bathing suit. That crazy gal!

Adairna is freaking out about Tobias at the birthday party.

Van and Zarita just after growing up.  Van had a pretty ugly sweater as you can see. A few Simdays happen, then we get into the time period of Vandeen’s first chapter…

Zarita in the bathroom trying on her new makeup.

In-game shot of Adairna and Vandeen fighting. I wanted more close-up of their faces so I didn’t use this but took extra ones instead for that scene. 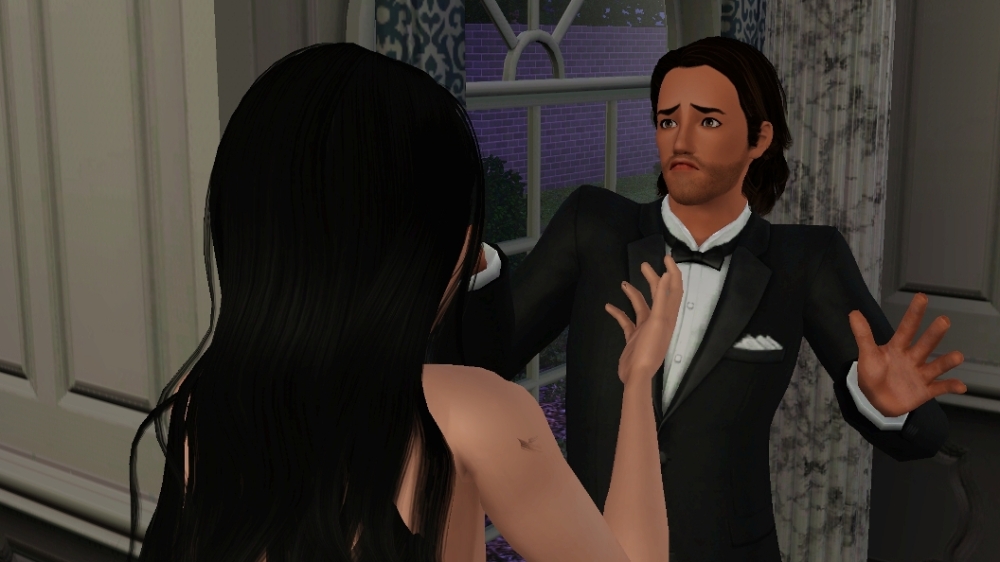 When Adairna is telling Vandeen about her adventures, all this with Tobias happened the night before. She and Arna really did crash a celebrity’s party and Tobias was playing annoying piano. This scene can also be found as a Deleted Scene here. 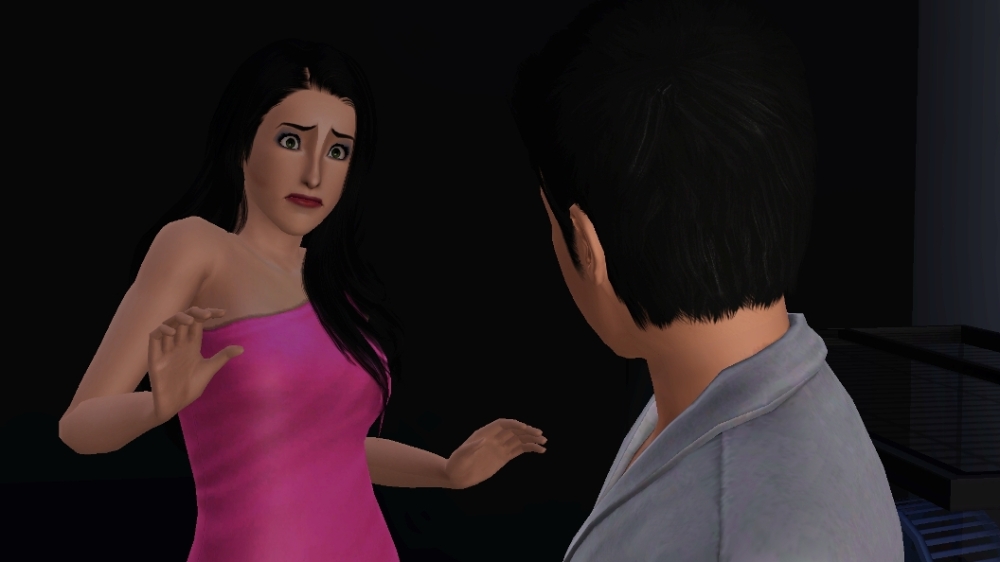 A freaked-out shot of Adairna that I didn’t use. This is why she goes “Whoa! Relax!”

In game she was talking about the spa… a facial, perhaps? So I figured, okay she is telling Van to go down to the spa and get a makeover. He looks pretty bored listening to her, and wants to get on with his day. He’s got things to do!